The Importance of Guitar Strings

I’m Lane Turgeon, the Guitar Repairman (Luthier) at Music Scene. Let’s talk about strings. It could be argued that strings are the single most important component in stringed instruments – after all, they wouldn’t make much sound without them. In my experience repairing string instruments, teaching lessons, and playing, I’ve come to the conclusion that having good, fresh, and appropriate strings for your instrument make almost as much difference as the brand of instrument you play. I’ve noticed also that most people don’t change their strings with the frequency that they should, which compromises the playability, tone, and enjoyment of their instrument. Let me cover some of the finer points of this. Below are some of the indicators that you need fresh strings.

1 -The guitar strings are rusty.

If the strings are rusty, the coating of the string (all strings have some coating) has been worn away, and the string is being eaten away at by your hand’s acids! This means that your strings are liable to break, sound bad, and make a mess out of your finger tips. Don’t tolerate any rusty!

Dull sounding strings are caused by the grime from your fingers getting into the fine grooves of the strings and deadening them. Generally, this sound is considered undesirable, except by some bassists and jazz guitarists.Most people don’t even realize that their strings are dead, in my experience. I recently had a student that said that a cheap guitar (that I just put new strings on) sounded better than his nice guitar with old strings. I changed the strings on it, and voila, his guitar sounded bright and clear!

3 - The guitar strings are damaged.

Instrument strings are easily worn by being pressed against the frets. This causes dents on the bottoms of the strings that compromise tone, playability, and intonation.In other cases, strings may be dented from impacts.

4 -The coating has been worn off.

5 - The guitar strings are broken.

Pretty obvious, right? Now, maybe you have a guitar sitting around with missing strings on it. I don’t recommend this. Missing strings will create uneven tension on the neck, which could cause the neck to warp. Also, guitars and basses in most cases should not be missing all strings. This might cause the neck to have a slight “back-bow”, which could make the frets pop out.

It is my commitment to see that all instruments play and sound as beautifully as they possibly can. Don’t let your or your child stop playing because you don’t enjoy your instrument! Sometimes simple maintenance is all you need to start enjoying playing again.

When you decide that you want to take the first step to improving your instrument, stop by Music Scene! We have in stock nearly any type of string you would want, and can do full string installations for $20. 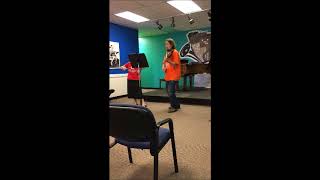 5 Reasons Why An Adult Can Learn To Play An Instrument

Setup for Success with string instruments!